Franchisee Adnan Alhaide Blazes His Own Trail with Footprints Floors

Entering his second year as a franchisee, Alhaide discusses why he bought a franchise from Footprints Floors – and what he’s learned along the way.

When Adnan Alhaide decided to become an entrepreneur in 2019, he was looking for an opportunity to control his schedule, have more work-life balance, hire his own employees and benefit from his efforts as a business owner.

“I was always looking to either start my own business or own a business …” Alhaide says. “I wasn’t specifically, or necessarily, only looking into getting into or buying into a franchise, but in my research of looking for what business to get into and what to do, I came across Footprints Floors and I entertained the idea simply because it was the first application to get more information. It was just four or five questions, so I was like, ‘Yeah, why not?’”

After a nearly six-month educational process that included weekly meetings with representatives from Footprints Floors’ corporate team, Alhaide traveled to Denver in February 2020 for a discovery day to learn more about the brand and the opportunities available to him in person.

“Two weeks later, I was signing a contract and launching just a month after that,” Alhaide recalls.

Since that time, Alhaide has transformed his franchise into a four-territory business and received recognition and accolades from industry associations and colleagues. Along the way, he’s also learned valuable lessons about what it takes to achieve unexpected success as a new franchisee.

Taking a risk in a new industry

Although the flooring industry and franchising itself were both new to Alhaide, whose passion for cooking initially led him to explore opportunities in the restaurant industry, he says he feels confident he made the right decision – and that the timing of his choice was everything.

“I (made) this decision right before COVID. Had I gone into the restaurant business with COVID here in Michigan, that would have completely sucked,” Alhaide says.

Still, buying into a franchise system in an industry he’d never experienced before wasn’t without risks for Alhaide, who had to learn an entirely new system from scratch.

“At the end of the day, there was a risk of going into an industry (where) I’d had nothing to do with the flooring industry in my previous work. So there was a huge risk. … The reason I ended up going with Footprints Floors is, within those six months (of brand education), I just thought it was a great opportunity …” Alhaide recalls.

When deciding whether to take the opportunity, Alhaide says the brand’s transparency and family-like qualities set it apart from other business opportunities he’d explored. In addition to solid market research, he says trust also played a major role in his decision to join the franchise system.

“The one thing that pushed me over was just the corporate (team). With the owner and corporate, there was a sense of trust that I could feel. … There was more of a trust factor (or) a more family-type of environment that you typically don’t see in big corporate companies. So that was a very obvious distinction.”

Alhaide says Footprints Floors corporate team also agreed to put him in touch with their current franchisees that were willing to speak with franchisee candidates. From those discussions, Alhaide was able to get a full understanding of the franchise system’s operations, the level of support he could expect to receive from its corporate team, and what each franchisee’s personal experiences had been like within the brand’s system.

“I spoke to a handful of (their franchisees) through calls that were set up by corporate, and also on the side. They were completely fine that we exchanged numbers and talked. I think that’s where the trust started to build up – they had no problem whatsoever saying, ‘Here’s everyone else that tried this, and you can talk to them one-on-one privately and get their honest opinion,’” Alhaide recalls.

Weighing the risks – and rewards

Although Alhaide acknowledges that operating a franchise differs in some ways from starting an independent small business, he says the tradeoffs have been worth it for him.

“As a franchisee, you have to play by rules, but you won’t necessarily set all the rules. So, you kind of have to follow a certain system. But initially, I think the strongest thing is just having that control (over) work and life – whether it’s controlling the business, who you’re working with, who you’re hiring, how you’re doing certain things in the business. And also control of your work-life balance …” Alhaide says.

Even though franchisees are required to follow specific systems of operation, Alhaide says they’re still able to reap many of the same rewards as traditional business owners – including setting their own schedule, achieving work-life balance, and profiting from their hard work.

“Another very important thing to me is that, at the end of the day, you’re reaping 100% of the rewards as a business owner. You’re doing something for yourself – not for someone else,” Alhaide says.

Despite being new to the flooring industry, Alhaide hit the ground running with his business – and learned a lot of valuable lessons along the way about what it takes to be a successful franchisee.

“I think one of the difficult things that you have to do as a franchisee … and, just out of firsthand experience, it’s easier said than done, is to really stick to the system that’s put forth by the franchisor,” Alhaide says.

Beyond being a requirement for operating a franchise, Alhaide says following franchisors’ systems can lay the groundwork for success as a franchisee – so long as the franchisor is also working to improve and support you in your franchising journey.

“As long as the franchise company that you went into is not just sitting back and doing the same old things – as long as they’re improving, they’re working, they’re adding things, they’re getting better – following their system is crucial for success,” Alhaide says.

Although hiring employees over the last two years has helped ease some of the workload associated with running a new business, Alhaide cautions new franchisees to expect to work as hard when starting a franchised location as they would any other startup.

“I feel like some people assume that because I’m a franchisee, I’m skipping the whole startup phase and that it’s going to be easy. Like, ‘It just works, you get in, you do 1-2-3.’ No, you’re still starting up a new business. You still have to prove yourself. You’re getting a head start as far as the startup process and brand recognition – but you’re going to put in as much work as if you started from scratch. So, just because you’re a franchisee doesn’t mean you’re going to work less,” Alhaide says.

For Alhaide, all of that hard work has paid off. Since launching in 2020, he’s managed to grow and scale his business in ways that have even surprised him – and he has no plans to slow down any time soon.

“(Flooring) was a new industry, but I love it. I love what I do. I have a passion for it,” Alhaide says. “Going into a new industry and within two years or so, running a company that’s bigger than my competitors in my area that have been doing this for 15, 20, 25 years and are half the size that I am in just two years or so. Getting awards – like getting awarded the 40 Under 40 by the National Wood Floors Association – just two years into the business, it’s just great. I’m very happy where I am. I’m definitely blessed.”

With so much success already behind him, Alhaide is looking forward to what the future holds – including scaling his business even further.

“I started roughly two years ago with two territories. One year in – almost exactly one year ago – I bought my third and then I, just a month or so ago, bought my fourth territory,” Alhaide says, adding that he has plans to expand his team from two full-time employees to four in the next year.

“My reality right now exceeds the expectations that I had set. Obviously, anyone going into a new business will (make) some projections – you know, best case or worst case scenarios. I think I’ve exceeded the best case scenarios,” Alhaide says. “Whether I was maybe too conservative when I did my projections or not, I’m not sure. But I’ve definitely exceeded (them), and I have no regrets. If I could go back, I would do it again – and do it sooner.” 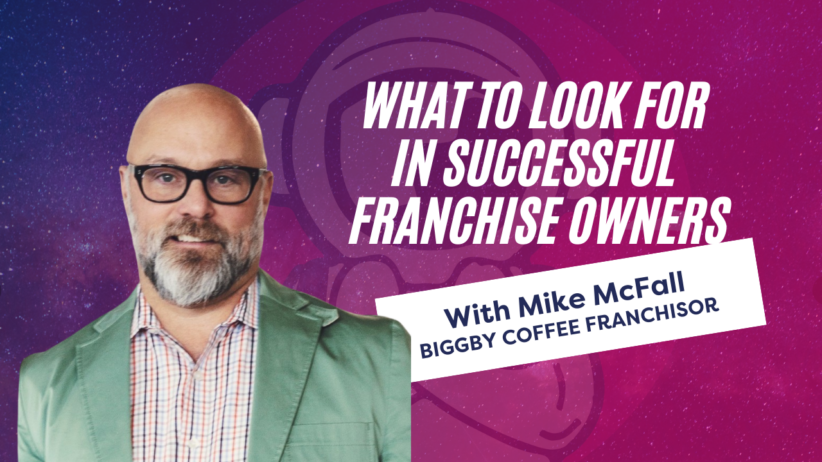 Biggby Coffee Franchisor Mike McFall on What it Means to Win 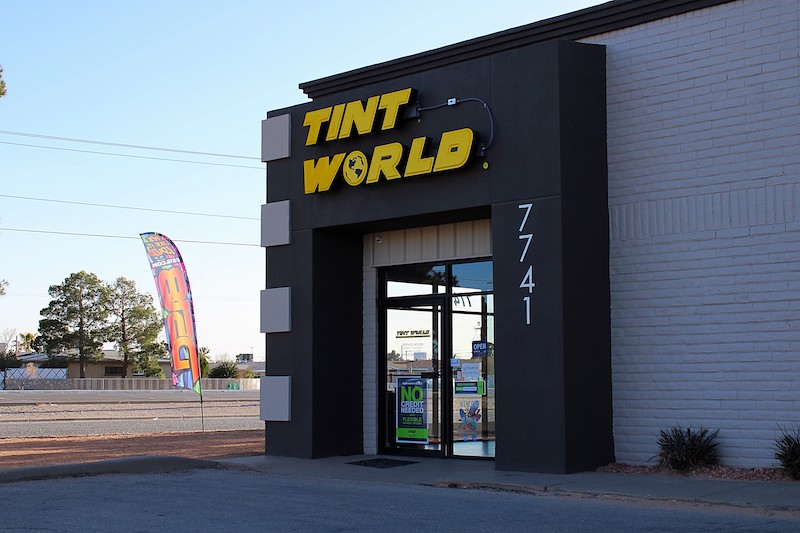 Join and participate in the best Franchise community on the planet. 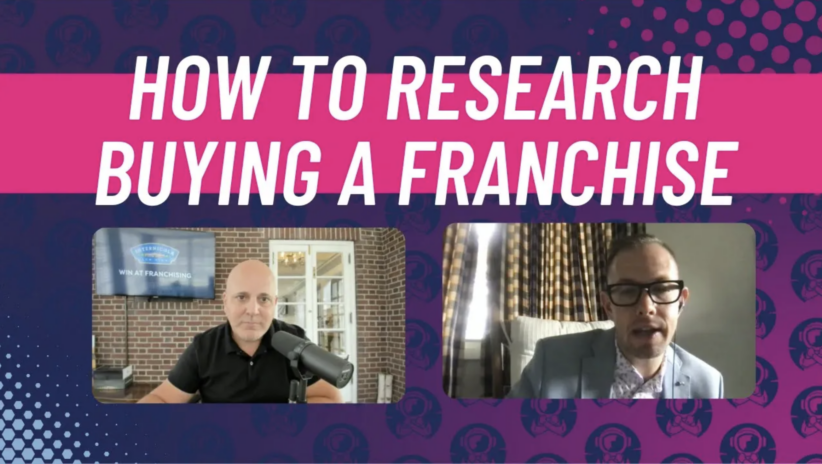 What to Research When Buying a Franchise 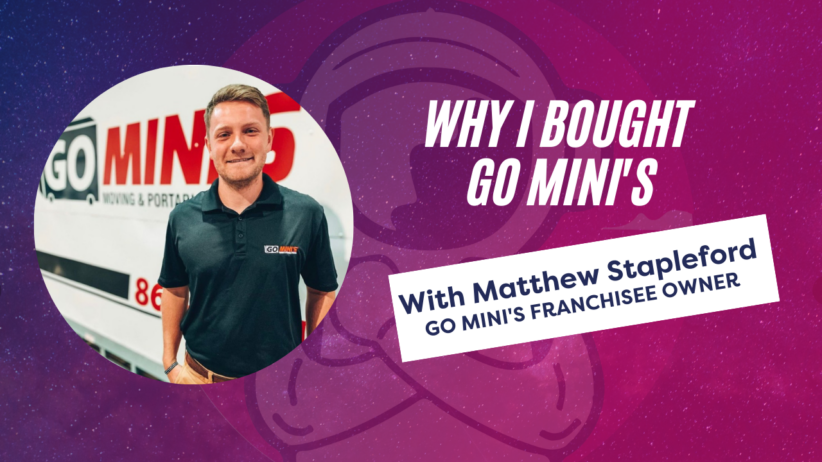 Franchisee Matthew Stapleford on Why He Bought Go Mini’s 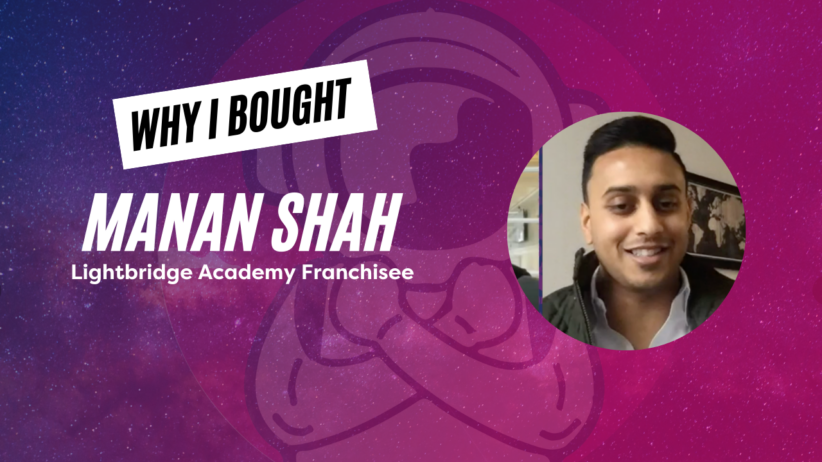 Manan Shah on Growing Up in Franchising, and Finding Success as a Franchisee